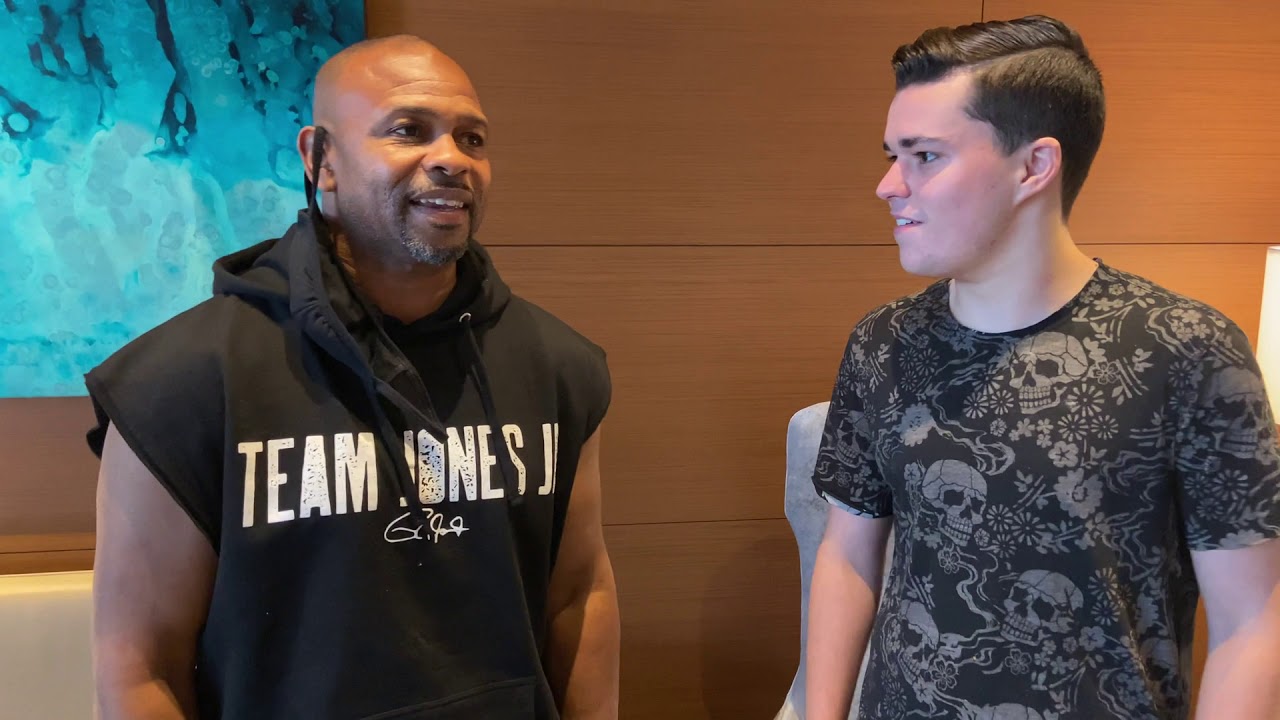 HIRSCH, 18, THE YOUNGEST COMBAT SPORTS ANALYST IN THE WORLD, IN THE PAST WEEK HAS ALSO INTERVIEWED EVANDER HOLYFIELD AND JAKE PAUL FOR HIS 350k+ INSTAGRAM FOLLOWERS

DELRAY BEACH, Fla., Nov. 28, 2020 /PRNewswire/ — Zach Hirsch, A.K.A. “Mystic Zach,” teenage sports handicapper and founder of www.ipickwins.com, has done what many professional reporters have been unable to do. He scored an exclusive video interview with Roy Jones, Jr. ahead of his scheduled exhibition bout with Mike Tyson on November 28, 2020.

Here are some snippets (non-sequential) of the interview transcript:

Zach:    “If I told you a year ago you’d be main-eventing a pay-per-view against Mike Tyson, what would you have thought?”

Zach:    “How was the camp preparing for this fight?”

Jones:  “…Mike and I are two one-of-a-kind specimens…very hard to find people who can mimic what either of us do.”

Zach:    “When the fight got delayed a few months, what was you’re reaction?”

Jones:  “It kinda pissed me off because… I had the advantage…everybody knows, all Mike’s got to hit you one good time and it could be ‘church over,’…but with just six weeks to prepare, ain’t no way he gonna be in enough shape to catch me. Now…it’s more like a real fight…you’re giving this killer a chance to get ready for me. Now, it makes it more even…now I have to deal with the ‘real’ Mike Tyson.”

His complete interview with Jones, as well as with the Paul brothers (Jake is an undercard to Tyson-Jones) and the legendary Evander Holyfield, are posted to his Instagram page, @ipickwins, which boasts more than 350,000 followers as of today. There are more interviews coming, maybe even one with Tyson himself.

“I’ve been following boxing since I was a toddler,” said Zach, whose father, Scott Hirsch is a boxing manager for champions Shannon Briggs and Cory Spinks. “Growing up around greats like Briggs and Spinks has been a life-changing experience. Now, having the opportunity to interview them for my followers is a dream-come-true.”

Hirsch, 18, has been picking sports winners since the age of 10 and is recognized as the world’s best teenage sports handicapper and analyst.

About Zach Hirsch
Zach Hirsch, widely known as Mystic Zach, is the most popular and most accurate young sports analyst and handicapper in the world. Last season at only seventeen years old, Zach picked over 90% of all football, basketball and combat sports correctly. Amazingly he picked 21 straight college football games correctly including the SEC Championship, the College Semi-Finals and the National Championship Game. He has predicted hundreds of boxing, MMA and most recently BKFC Bareknuckle bouts correctly in addition to accurately calling the last four NFL Super Bowls. Zach, who has interviewed some of the top combat sports starts and influencers in the world including Floyd Mayweather, Sugar Rashad Evans, Shannon Briggs, Logan Paul, Jake Paul and more, has quickly become one of the hottest influencers in the sports analytics world. He has more than 350,000 followers on his @ipickwins Instagram account and thousands more visitors to his website www.ipickwins.com.