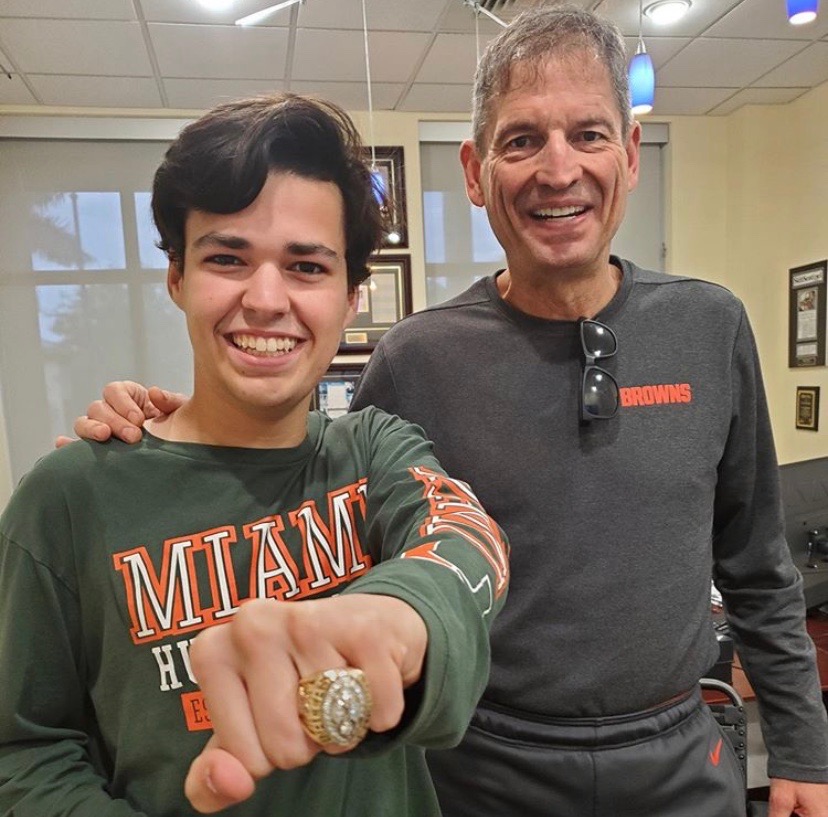 DELRAY BEACH – It is amazing when someone can put an idea into action at an early age.

Sports analysts and young phenom Zach Hirsch is an individual who has already made things happen for himself. The Space of Mind Schoolhouse high school graduate has a website called I Pick Wins (https://ipickwins.com ), and it has been doing relatively well since its inception not too long ago.

Here’s a few accomplishments that Hirsch has already achieved:

Hirsch spoke on the inspiration behind his own I Pick Wins website.

“I came up with the idea of my website ipickwins.com through my school,” Hirsch said. “I was told to harvest my passion of sports into something meaningful before going to college. Creating a website displaying my skills as a sports analyst/handicapper was the best thing I could do.”

Hirsch has proven to be a great handicapper on the big stage. Most recently, he predicted that the Kansas City Chiefs would beat the San Francisco 49ers in Super Bowl LIV and got it right.

In addition to that, Hirsch picked LSU to beat Clemson in the 2020 College Football National Title Game. He got this pick correct with ease.

“A couple of factors went into me becoming a sports handicapper,” Hirsch said. “First, I was very gifted at it even from a young age. Second, I was already essentially handicapping in my own way. I was picking all the games for myself and others, but not letting the masses see my picks/knowledge. Third, it was a really easy way to build a reputation of myself as a sports expert at a very young age. You must be extremely knowledgeable to be an elite sports handicapper.”

Hirsch, who was born on Jan. 18, 2002, has parlayed his extremely high level of photographic memory, play calling ability, and game plan dissection ability into almost 250,000 Instagram followers. He even recently picked correctly the two UFC fights from May 9, as Justin Gaethje defeated Tony Ferguson and Henry Cejudo defeated Dominick Cruz.

Looking ahead, Hirsch is going to have his actual high school graduation later this summer. And beginning this fall, he will attend Lynn University (Boca Raton, Fla.) and major in sports management.

The current COVID-19 pandemic has played a direct role in why Hirsch will be having his graduation ceremony in the summer.

“I’m fully graduated but my actual graduation is in August,” Hirsch said. “The pandemic made the entire end of my senior year virtual. It was a tough adjustment and something I definitely didn’t prefer.”

There are other things on the horizon for Hirsch. In the not too distant future, he wants to create a sports handicapping ebook.

“I want to make it so anybody could read to get a better understanding of the skill,” Hirsch said. “I will probably do it after college. I’m going to have to be very wary of my time management while I’m in college.”

Keeping it current, there are at least three major things going on right now in the world of sports. For one thing, Major League Baseball is trying to have some sort of a season that has been affected by the pandemic.

In addition to the MLB situation, we are not totally sure how the NBA will resume its season, even though the owners approved of its continuance later this summer in Orlando. And we do not exactly know how – or if – the NFL will even have a season this fall.

Hirsch let his predictions be known on the NBA situation.

“I hope we see an NBA season,” he said. “It would be a great way for people to escape from the world we’re currently in. I think the NBA champion will come down to the two Los Angeles teams, the Clippers and the Lakers.”

Hirsch is less confident about the MLB situation, though he feels differently about the NFL.

“It’s starting to look like we won’t get an MLB season,” Hirsch said. “I’m not a big fan of the way the players or commissioner (Rob Manfred) have handled their situation. However, I do think we’ll have a full NFL season. I’m confident that we’ll have evolved technology by the time training camps roll around. The NBA, for instance, is going to have their players wear rings that can detect COVID-19 three days in advance.”

We will be following up with Mystic Zach to see if he got all three of his predictions correct. Stay tuned for an update on that.