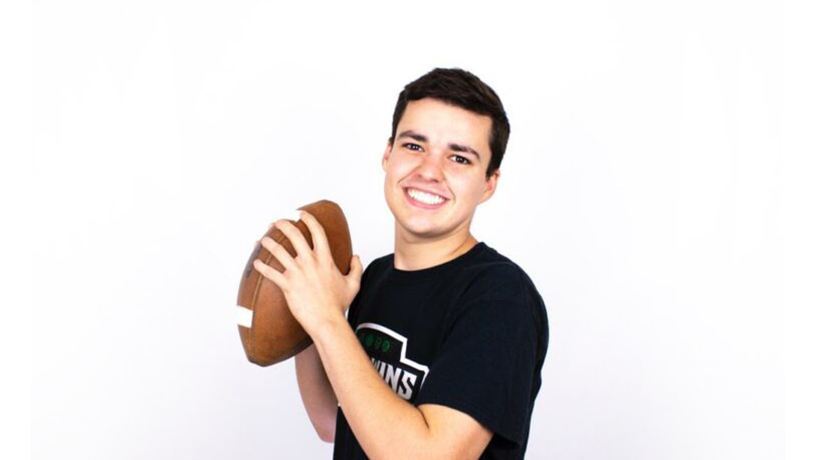 How Mystic Zach Became a Sports Thought Leader By His Own Right.

It’s Monday March 22nd, and that’s spring break for most college kids; Many are partying it up on South Beach in Miami, but things are a little different for Zach Hirsch, a freshman at Lynn University in Boca Raton. He’s in Miami this morning at the eighty first floor Brickell Avenue Apartment of BJ Flores, chief boxing trainer of YouTube star turned professional boxer, Jake Paul and the young entrepreneurs are all about business.

Zach spent the night breaking down fight film with Flores and Paul’s cut man Jacob Chavez. Zach will train for an hour this morning before heading forty-five minutes north to Pembroke Pines for a meeting with former World Heavyweight Champion, Shannon Briggs and Solomon Engel the Founder and CEO of Fanmio.

In the car on the drive Mystic Zach as he’s known in the combat sports world has calls with Peter Kahn, Chief Boxing Officer for the social app Triller and Steve Marcano who serves in the same role at Impact Network.

The calls seem to go well, and Hirsch is welcomed in to the Briggs home like family. Shannon proudly exclaims “I discovered Zach he’s special. It’s like you combined Joe Rogan and Jimmy The Greek and put them in to a eighteen year old body. Zach’s going to be a star.” After the meeting Zach’s back in the car headed another forty-five minutes north for a visit with his mother and dogs.

Even a sports picking Mystic needs a little family time. Back in the car means back on the phone. Zach reaches out to BKFC Boss, David Feldman and gives his opinion on the upcoming card and the new BKFC website. Zach explains “My role is officially as an analyst and I give the odds on air for BKFC and I was recently promoted to lead boxing commentator at Impact Network but I try to add value by contributing in any way I can.” Hirsch isn’t satisfied with a full course load in his sports management major or his two current gigs.

The car has pulled in to his Delray Beach driveway but Zach’s still on the phone going over what he sees as improvements needed to his Pick Wins pitch deck. “There’s lots of great information and stats in here Fred but it just doesn’t tell the story. We need to explain the opportunity easier and why we are the best site. I’m working on a new logo with Marc and you’re going to really like it.” After hanging up he explains “I’m starting a couple new businesses: Pick Wins is a unique daily fantasy sports tournament site. You go up against your friends and strangers like a poker tournament but your cards are your sports picks. It’s a game of skill and really fun. I’m also going to be selling my iPickWins picks next season. People have been asking to buy my picks and up until now I’ve only given them to a few people. I started building my brand and rep at seventeen. At nineteen it’s time to monetize.”

Hirsch is back in the car and headed back to Miami. He’s working on an article he’s writing for submission to online pub FightNews where he’s become a regular contributor. He’s back on his phone confirming travel arrangements for the Atlanta show and the Triller Jake Paul Card press conference in Las Vegas this week.

While most teenagers would be overwhelmed by the demands of Hirsch’s schedule, he doesn’t even seem phased. ” For now I’m focused on boxing and MMA. I just did a podcast with Javier Mendez the other day but I want to do much more. I love all sports and study them all but I’m aware the NFL and NBA aren’t going to put a kid right out of high-school on a national broadcast so I’m starting with boxing and BKFC.” When I asked Zach how he’s able to remember all his commitments and a plethora of sports stats without any notes, he winks at me and says “Did you forget I’m a mystic?”.