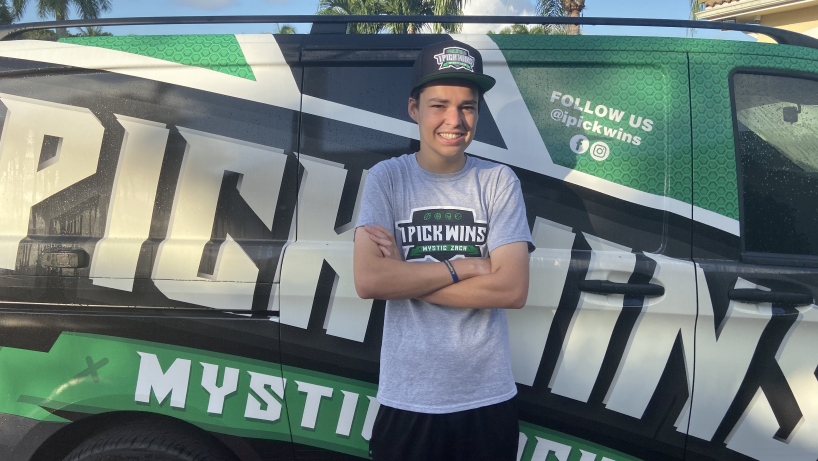 His name is Zach Hirsch, but Mystic Zach is more apropos, and he and his followers agree, which is why he trademarked it.

A South Florida resident living in Delray Beach, Mystic Zach is a popular sports handicapper and a very good one, especially for an 18-year-old.

A fan of combat sports, which includes MMA and boxing, he is currently training in boxing with aspirations of stepping into the squared circle one day. He believes it will enhance his knowledge and understanding of the sport, especially when discussing it with professional fighters.

And he does that quite often.

Here is my audio interview with sports handicapper, analyst and interviewer Mystic Zach.

Zach Hirsch, widely known as Mystic Zach, is the most popular and most accurate young sports analyst and handicapper in the world.

Amazingly he picked 21 consecutive college football games correctly including the SEC Championship, the College Semifinals and the National Championship Game. He has correctly predicted hundreds of boxing, MMA and most recently Bare Knuckle Fighting Championships bouts in addition to accurately calling the past four Super Bowls.